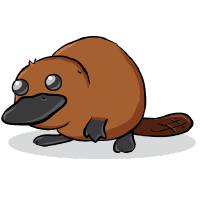 FFI::Platypus (pronounced as just "Platypus" when nonambiguous) is a Perl library for creating interfaces to machine code libraries written in languages like C, C++, Go, Fortran, Pascal and Rust.

Platypus has several advantages over XS for writing library bindings in Perl:

Platypus is implemented on libffi, which has been battle tested on a number of other scripting languages, like Python and Ruby to serve a similar role.

Excited to learn more? The FFI::Platypus documentation includes a number of helpful examples.